I watched a movie recently that as both a Speech Language Pathologist and a mother of two children with special needs really gave me pause.

It wasn’t a new movie, but one I had purposefully not watched because, while I should find those types of movies inspiring, they are hard for me to watch. To be honest, I was scared to watch it. I didn’t want to spend two hours feeling sad for a character (or myself) and I didn’t want to see how my shortcomings would compare to the mother on the screen.

But, I felt compelled to watch it, and so 23 years after it was released, I finally watched
My Left Foot

.  My Left Foot is the story of Irishman Christy Brown, who was born with cerebral palsy and only had control of his left foot, and who for the first many years of his life, he was non verbal and thought to be cognitively impaired.

Christy Brown is an amazing story and the movie is based on a book that he wrote. But to me, the real story is his mother, Brigid (played brilliantly in the film, in an Academy award winning performance, by Brenda Fricker).

She refused to put Christy “in a home” which, back then is typically what happened.
She loved him unconditionally.
She treated him with dignity.
She sacrificed for him. (Going without coal for heat while she saved for his first wheelchair)
She encouraged him.
She included him, fully, in every family activity (as did his siblings).
She tried to give him a typical childhood.
She treated him just like the other kids, as much love, as much discipline.
She took him to Mass, faithfully.
She never complained.

Wow. I mean, Wow. Now, that is something to aspire to; no matter if your children are typical or have special needs.

I  will be honest with you; I don’t do such a great job on a few of these. I am good about doing religion lessons with the boys, but lazy about taking them to Mass when I go~~ Which in print looks kind of awful. I can do better.

And, I need to be a better encourager and not always the task master when teaching the boys new skills; when pushing them to be more independent in their daily life skills. I need to practice actively encouraging them more.

With all my kids,  while I am not a complainer, I could work on being more grateful  (for everything) that I am blessed with…including the five of them. Those wonderful, five little people (well, in the boys case, not so little; they are as tall as Mom now) that I have  been  ENTRUSTED to care for, to love, to teach, to lead.

I’m glad I watched that movie. And I’m especially glad that the evening that I watched it, Sean and Tim were sitting beside me watching it with me. It reminded me that the only limitations that my boys have are the ones I impose on them, so I am reminded to follow Brigid Brown’s lead and encourage my boys past the point of what I think is possible. Because I don’t know what is possible.
I am inspired to do better. “For nothing is impossible with God” (Luke 1:37).

Have a movie that inspires you? Share it with everyone in the comments.

« Waldorf Wednesday: Easy Ceramic Tile Rubbing Craft
5 easy ways to add music to your homeschool –even if you are not musical » 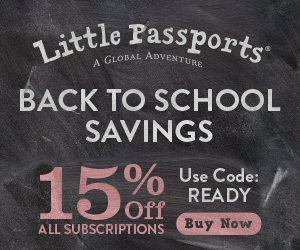